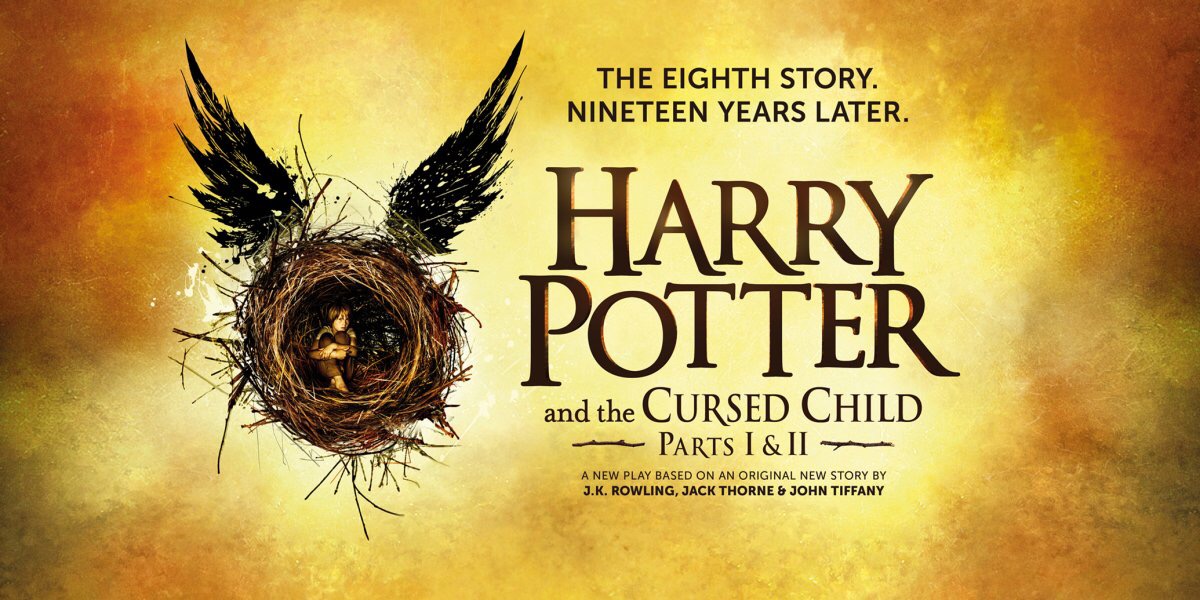 Harry Potter and the Cursed Child

It’s been nine years since I’ve enjoyed any Harry Potter reading. Needless to say, I was glad to be back in the world of magic again. This “book” gave me mixed feelings though.

The first half of the story I was a little disappointed. I had hyped this up and I’m sure the nostalgia did not help me set reasonable expectations. I wanted to put on my rose tinted glasses and love every second of it. It is unfair to do so seeing as how this is actually the screenwright for the play. Since it is meant to be performed lived, it was missing the key elements I love in reading your average fantasy novel.

I know this sounds dumb, but the story felt scripted to me. Yes I get that’s the point, and that this is a play, but I don’t like getting that feeling. Some of the dialogue and actions during the first half felt so fake to me. I would think to myself “wtf this wouldn’t happen!” I tried to remind myself that I was not getting the full experience just by reading a play throughout the story. However, the story and characters did pick up for me during the final sections of the book.

The story is actually pretty interesting as you get into it. The premise of using the time turners was very enjoyable. I know a lot of fans loved Cedric also.

The characters remain true to their previous selfs from the past. The new characters introduced were partly enjoyable to me. I like the coming of age feel that Harry’s son has to deal with given how his life would have been so harshly judged from the start, as Harry’s life was himself. The standout character to me was Delphini. Personally, I love a good villain character. I can really get behind the evil ones just as well as I can the heroes. How all the characters intermingled was set up well. Character development is really important to me as well as plot and worldbuilding.

For a story that does not take long at all to read, it is worth checking out. I just want to warn people that it’s not a standalone Harry Potter novel. You have to keep that in mind if you pick it up.

Get the book here! – Harry Potter and the Cursed Child, Parts One and Two: The Official Playscript of the Original West End Production