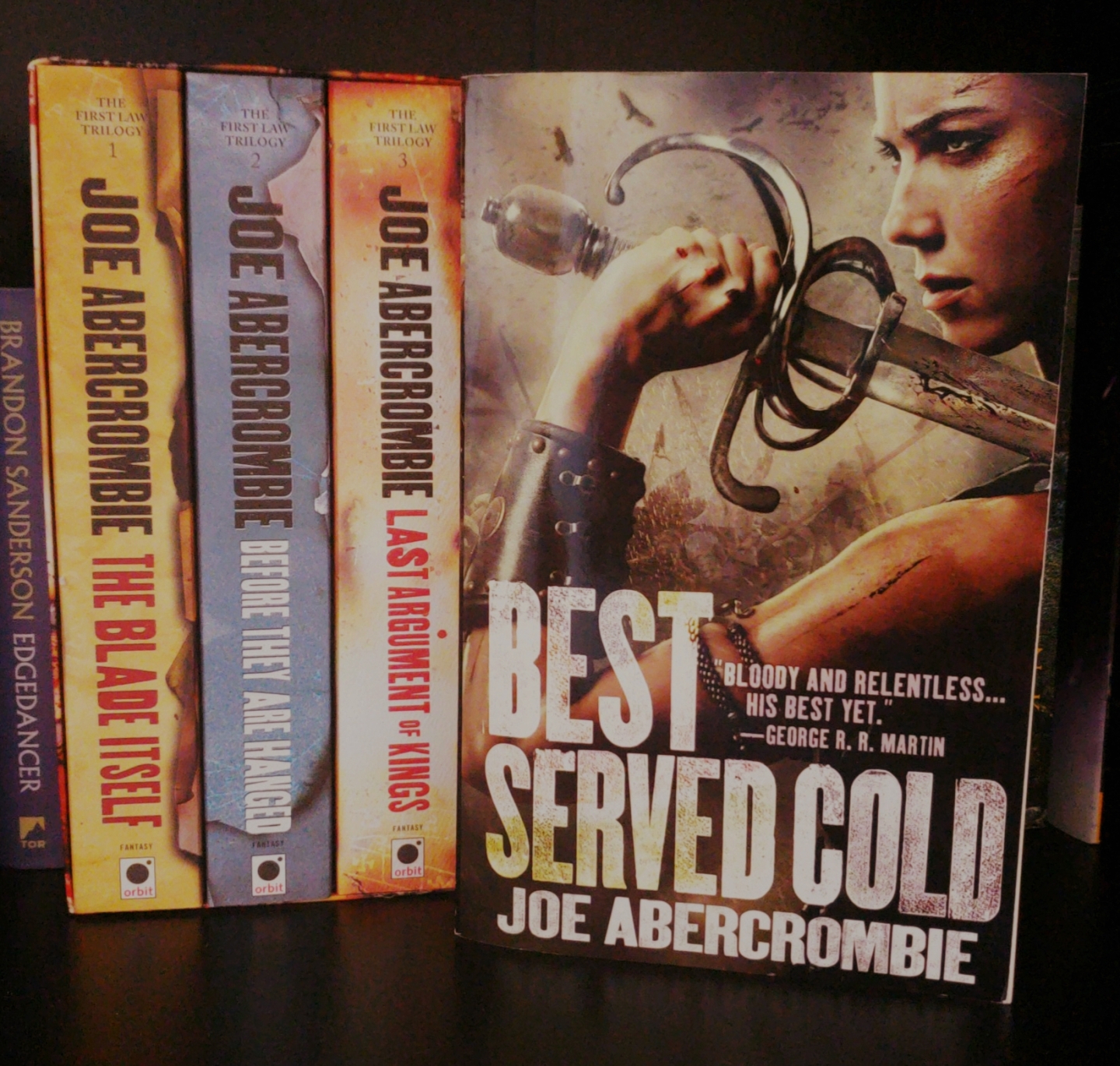 There have been nineteen years of blood. The ruthless Grand Duke Orso is locked in a vicious struggle with the squabbling League of Eight, and between them they have bled the land white. While armies march, heads roll and cities burn, behind the scenes bankers, priests and older, darker powers play a deadly game to choose who will be king.

War may be hell but for Monza Murcatto, the Snake of Talins, the most feared and famous mercenary in Duke Orso’s employ, it’s a damn good way of making money too. Her victories have made her popular – a shade too popular for her employer’s taste. Betrayed, thrown down a mountain and left for dead, Murcatto’s reward is a broken body and a burning hunger for vengeance. Whatever the cost, seven men must die.

Her allies include Styria’s least reliable drunkard, Styria’s most treacherous poisoner, a mass-murderer obsessed with numbers and a Northman who just wants to do the right thing. Her enemies number the better half of the nation. And that’s all before the most dangerous man in the world is dispatched to hunt her down and finish the job Duke Orso started…

Springtime in Styria. And that means revenge.

It’s been a while since I’ve made another awesome blog post. (Were they ever awesome?) Sometimes life gets in the way and plus all of the stress that comes with moving to a new city… and starting a new job (bleh). Well…We are back baby!

After finishing The First Law trilogy, there was a void in my reading experiences. The dark gritty feeling was gone, and I was longing to get it back. The obvious choice was to pick back up and jump into the same universe again, but with new characters! It’s no doubt that Mr. Abercrombie is quickly becoming one of my favorites…

Best Served Cold immediately jumps into what I think is Joe Abercrombie’s greatest strength is: The description of pain. Although it reminds me of characters from his

previous works (Glokta), the main character Monza’s pain is described so well, so visceral, that you really cringe with the character at every painful step that they take. The beauty in the pain description is that it is not so over the top and gruesome that it feels unbelievable. It hits that perfect middle ground that I see other writers struggle to accomplish.

I read a big chunk of this book on my plane rides during my business trips. I do this weird thing where I need to listen to the audiobook, and read the book at the same time, to keep me focused and not distracted when I am trying to read in public. The audiobook version was absolutely amazing, and the voices done by the narrator were perfect fits of the characters. (Cosca/Morveer) There was a time during one of these plane rides that I actually cracked up because of how ridiculous some of the scenes were. (It was the scene where Friendly goes berserk after being called a liar.)

“You should laugh every moment you live, for you’ll find it decidedly difficult afterwards.”

During the entire read, I could not get the mental image of Captain Jack Sparrow out of my head while reading any parts with Nicomo Cosca.

I would not be surprised if some of the inspiration of Nicomo’s character came from those movies. He is this swashbuckling drunk who always comes out on top, but can seem like a fool the entire time.

“My name is Nicomo Cosca, famed solider of fortune, and I am here for dinner.” 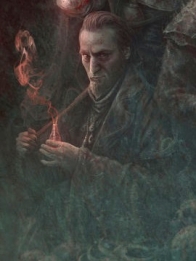 Morveer the poisoner also left a memorable impression on me, and that is the mark of a great fantasy novel. When the characters speak to you, you know you got something good in your hands. What else to bring together a motley crew than a sociopath assassin?

Friendly, besides from making me bust of laughing on a crowded plane, was also a terrific character. The certain quirks that were given to him just really help shape his character and bring something special to whole crew’s dynamic.

“Six and one.” -Friendly

If you are tired of reading all of the happy go lucky YA fantasy that is out there, try to switch it up with some nice dark and depressing fantasy. It just feels so good to read.

“Revenge. I swear, is there a more pointless, destructive, unsatisfying motive in all the world?”