A catastrophic event renders the earth a ticking time bomb. In a feverish race against the inevitable, nations around the globe band together to devise an ambitious plan to ensure the survival of humanity far beyond our atmosphere, in outer space.

But the complexities and unpredictability of human nature coupled with unforeseen challenges and dangers threaten the intrepid pioneers, until only a handful of survivors remain . . . – Goodreads Synopsis

Neal Stephenson is an author that I have seen around a lot, and I have always wanted to try out some of his works. Seveneves is the introduction to his works for me, and one of the few novels that I picked up without knowing anything about beforehand. I read the back cover at a Barnes and Noble and went “Yup!” I’ll take this one.

a long while. I almost forgot how much that I loved Sci-Fi with all of the Fantasy that I have been reading until I started Seveneves. The premise is pretty much: What would happen to the human race if the moon suddenly exploded into multiple chunks, and the debris rained down on Earth? The rest is planning out the survival of the humans, and how to keep them from going extinct.

One of my favorite characters from this novel is actually who I call the villain: JBF, the American president. This character stuck out to me not because I loved her, but because I hated her. (Which coincidentally made me love her later on…) This character reminds me of the old days when I was reading the Harry Potter novels as they came out and Umbridge was introduced.

There are just those antagonists/villains where they are not essentially evil in the traditional sense, but they act so vehemently against the protagonists that you just hate them with every fiber of your being. Every action these characters take, and after every word they speak, you just cringe with anger at how they could be doing what they are doing. When a character makes me feel like this, I know they are written well. (Think of Joffrey from Game of Thrones too.) Other than JBF, most of the characters did not really leave that much of an impression on me. 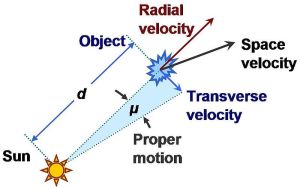 super fun to follow along with. Similarly, Seveneves has a lot of scientific principles in it that remain accurate. To some, I could see how this would be boring and hard to follow along with, but to a super nerd like me…I loved it. Reading a novel that feels like it had to have had a lot of research done beforehand is very satisfying to me, and it makes me feel like I am learning something new while I read.

The most common feedback that I see for Seveneves, is how people felt the last third of the novel caught them off guard, and how they did not like that. There is a lot of validity to the feedback, as the last part of the book feels like a completely new story. The characters we were with for the first 600 pages are suddenly gone and replaced with new characters. I did feel like it slowed down until we got up towards the finale, but it was worth slogging through.

I love it when I find a book that I always seem to be thinking about when I am not reading it. There were many times that I was at work and than a random thought about what could happen next in Seveneves would pop into my head. The ending left me with some questions, and will leave me thinking about it for quite some time. I cannot wait to read more of Neal Stephenson!

Follow Life of Chaz on WordPress.com
Join 7,238 other followers